Today China, the main consumer of bear bile, keeps more than 10, bears in farms, a legal practice in the country. A worker prepares to drain the bile from a bear at a farm in China, which has more such facilities than any other country. But in Laos the business is relatively new. When neighboring Vietnam outlawed bile farming in , people began moving their operations over the border to impoverished Laos.

A study found that the number of bears in Laotian bile-extraction facilities had increased from 40 in to in The researchers determined that most of those bears had either been plucked from the wild or transported from Vietnam, where illegal farms tend to use wild stock. No facilities appeared capable of breeding bears, with all but one keeping the animals in individual enclosures. In fact no countries have shown that farms enhance bear conservation, according to the study.

Considered vulnerable, both species have vanished from much of their former range—mainly because of habitat destruction and the illegal trade in bears and their parts. Efforts to increase enforcement capacity are in the works, says Bounmy Savath, deputy director of the Luang Prabang Department of Forestry in Laos.


But conservationists rescued a record number of bears this year and worry that the situation will only get worse. Send tips, feedback, and story ideas to ngwildlife natgeo. Read Caption. Amaranth and quinoa are cross-pollinated annuals that are often mistakenly called grains. Amaranth cultivars will cross with each other as will quinoa cultivars, so grow only one kind of each or separate cultivars by as much distance as you can. Certain varieties, such as purple-leaved amaranth, are easier to select for than others. Amaranth is one of very few seeds to harvest while plants are still flowering.

It is more practical and efficient to get amaranth seeds before the plants die down. Amaranth keeps going until hit by the first hard frost. Seed will often ripen many weeks before that, usually after about three months. The best way to determine if seed is harvestable is to briskly shake or rub the flower heads between your hands and see if seeds fall readily. An easy way to gather ripe amaranth is, during dry weather, to bend the plants over a bucket and rub the seed heads between your hands.

On a larger scale, you can carefully stack bunches of cut flowerheads, then rub them through screening into a large container or wheelbarrow. Cutting and hanging plants to dry indoors does not work very well with amaranth: the plants become extremely bristly and reluctant to release seeds. Harvesting fresh seed from still flowering plants means seeds still have drying to do. I usually leave amaranth seeds on trays for two or three hot days, stirring occasionally until they are as dry as possible.

Store seed in tight containers in a cool dry place. Quinoa, a plant similar to amaranth in many ways, is harvested like most other crops. It is ready to pick when the leaves have fallen, leaving just the dried seed heads. Seeds can be easily stripped upwards off the stalk with a gloved hand.

Quinoa is adapted to conditions of such low moisture that, if rained on, the mature seed can germinate. Amaranth and quinoa have a very high quality nutritional profile but the machinery of industrial agriculture does not efficiently harvest them. They have enormous potential for small-scale sustainable agriculture. Cross-pollinated biennials produce their edible crop the first season and their flowers and seeds the second season. As they need winter to complete their cycle, they can be left in the ground or brought indoors, depending on location and preference.

Plant seed of biennial root crops early enough that the plants will be mature at the end of the growing season. When digging up plants for storage, choose healthy plants that show characteristics desirable to the variety. Don't save seed from plants that bolt to seed the first season. It is beneficial to prepare roots for storage by curing.

This is a process, which dries and toughens the skin but still leaves the root firm and plump. Curing enables the root to resist molding and heals small breaks in the skin, which would otherwise invite decay. Harvest the roots on a dry day, when the soil isn't too wet. Gently shake or rub off any excess earth. Cut the tops off about an inch above the crown and then lay them to dry, either in the sun for a few hours or indoors for a day or so. Turn them once so that all parts are exposed to air.

Beets are cross-pollinated by the wind.

The pollen is very light and can be carried long distances so it is best to raise seed of only one variety each year. If you bring your beets indoors, pull them in the fall before heavy frosts. Cut their tops an inch above the crown. Handle beets carefully as damaged ones may rot. Three beets are adequate for most needs. Your storage system should provide even moisture to prevent the beets from shriveling. A good storage method is to layer beets in a box between dampened sand or fresh sawdust.

We always leave our beets in the ground over winter and protect them from frost with a thick layer of mulch. In the second year, beets should be thinned or replanted to about two feet apart, the crowns even with the soil surface. In summer, when plants are completely dry, brown mature seeds are easily stripped by hand from the branches. Beet seeds are actually seed balls, each containing up to six seeds. Swiss chard produces seed stalks similar to beets. Beets and Swiss chard will cross with each other, so avoid saving seeds from both crops in the same season. That doesn't prevent you from growing both for food.

Swiss chard is extremely hardy and, for seed saving purposes, there is usually no need to dig up and store the plants. Carrots are cross-pollinated by a variety of insects. They will cross readily with Queen Anne's Lace, so it's important to keep this wild plant clipped so as not to flower when carrot does. Carrots and parsnips do not cross. Carrots can be harvested in the fall before the ground freezes, leafy tops cut to one inch, and stored at high humidity and near-freezing temperatures. Some people cut off only the crown or top inch of the plant for replanting.

They can be kept in boxes of damp sand or sawdust. In the spring, replant carrots a foot apart. In mild areas carrots can be left in the ground under thick mulch. In cold areas they will often survive outside under heavy snow cover. Carrots grow up to six feet high the second year. Each has a large head with a series of branches beneath it. The flower heads are given the name "umbel" to describe flower-clusters in which stalks nearly equal in length spring from a common center.

Seed umbels mature unevenly; it's best to harvest when secondary heads have ripe brown seed and third-order heads are starting to turn brown. This is usually around September of the second year. Heads can be removed as they mature or entire stalks can be cut and cured for a few weeks. Rub off seeds when completely dry and use a screen to remove the chaff. Leeks are pollinated by honey bees. They may cross with onions. Generally they overwinter easily.

Early tall-stemmed summer types should be hilled up with soil or mulched heavily. Rogue out and eat the less desirable plants in the fall. The second year individual plants will send up single stalks four-feet to five-feet high capped by beautiful, huge umbels composed of hundreds of flowers. In the fall, when you see the seeds inside their capsules, pick the heads and further dry them well. Brisk rubbing will extract the seeds. Onions are also pollinated by honey bees and do cross with each other. Harvest them as normal in fall and rogue out double onions and those with thick necks. Larger bulbs will produce more seed. Prepare your onions for storage by curing them as you do for your eating onions.

Check that the neck area, where the tops join the bulb, is shriveled and well dried. The best storage conditions are dry, airy and cool. Be careful not to bruise or injure the bulbs and replant them as early in spring as possible.

In mild areas and especially with sweet onions that don't store well, it is better to leave the plants in the soil over winter. Cover the bulb, leaving its top barely exposed. 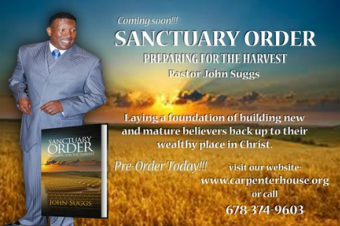 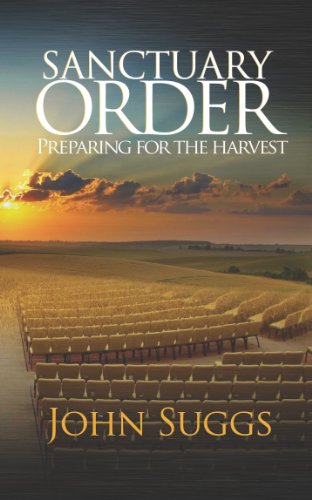