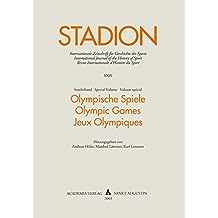 Our first mistake was to both choose archer builds at the beginning of Original Sin.

What fun. We quickly found opportunities for get-rich-quick schemes, too. Yes, in those early hours ours was a harmonious partnership, just two Source Hunters blissfully exploring a sun-drenched fantasy land with our followers, Jahan and Bairdotr, in tow. Eight hours later, we hated each other. Not a straightforward superhero-and-nemesis kind of deal, but the silent, seething hatred of married couples cresting the hill of middle age in four-bed detached homes in the suburbs.

How precisely do you divvy up gold and equipment? And does it really matter who gets the last hit, and who simply whittled down the health bar to tee it up? Given enough time, the answer to all those questions is simply fuck this other person. Having that one, are you? By the end of Act One, he was quite justified in speaking to me only in single-word responses and weary sighs. Jahan and Bairdotr had themselves become a source of tension, too. Inexplicably in retrospect, we used Bairdotr as a third archer to complement our already unwise emphasis on ranged combat.

Bairdotr got the hand-me-down equipment with two previous owners, while Jahan took his pick of the staffs and warrior armor. These might seem like small grievances over the course of a normal play session. By the time of the massacre, we were no longer playing a co-op adventure, but a perpetual one-upmanship sim, sprinting to every loot drop and guzzling the goodies, the pretense of splitting everything down the middle having long since departed.

And I could feel that his character was just starting to edge mine for ability. Something had to be done. Something incredibly childish and petty, I mean. The idea had been forming for a while, and it began with that godawful cacophony in the market. You know what I mean. Then I thought: hang on. What if I actually, properly, did? That spell seller alone has every gold piece Tom and I have ever spent in this game, not to mention all the high-level kit and valuable trinkets.

Powerful as a God-king! Tom, meanwhile, was miles away in the Luculla Forest and only got wind of my assault when he happened to cast an eye over my screen and saw large-scale combat. He went straight to the western beaches and found Charla the undead merchant, whose trinkets and weapons were always incredible, prohibitively expensive, and upgradeable.

And he killed her. It turns men into monsters, and reduces entire world maps into glorified loot chests.

By the time we were done with Divinity: Original Sin, neither of us could feel particularly proud of ourselves. But when Divinity: Original Sin 2 released, our memories of that bickersome campaign had softened at the edges and become something to reminisce about with wry smiles on our faces. So we did it all over again. This time we made no mistakes about party composition.

Tom plumped for a cleric build, while I went for a druid summoner. Sound logic. But again, we underestimated what the game would turn us into. I found myself getting irrationally and probably visibly annoyed when Tom gradually took his character away from the original healer remit and instead invested in several powerful magical attacks.

I pooled points so aggressively into my summonable chum that he quickly became the Cristiano Ronaldo of our party. The relationship soured before we even escaped Fort Joy. Playing through one epic RPG in co-op is a unique experience. Playing through two of them is sadism. Not only are there opportunities to undermine your partner in small ways at every juncture—I went ahead and won the gladiatorial combat challenge in the outskirts of Fort Joy to release my Source Collar before anyone else, so they were stuck with theirs—but also huge, looming shades of betrayal and tested allegiances in the main plot arc that the game loves to pick at.

Playing as a duo is somewhere between a trolling mode and outright competitive play, because the game does absolutely nothing to relieve the obvious tensions that gold distribution might cause, while also actively encouraging disagreements in conversations. So you make your own story: a tale of betrayal and distrust told over hours, in completely bespoke fashion. It's for RPGs what The Secret Of Monkey Island is to adventures, what Doom is to shooters, and what Shakespeare is to English literature, and not just because it's the last time a game was able to get away with 'thou', 'doth' and the rest of ye olde English without the world justifiably taking yonder piss with a catheter.

It hasn't been an easy road. The first Divinity game suffered from trying to do Ultima 7 without the lessons of first making Ultima The passion was there, but the time wasn't right. Similarly, later games soon set a trend of having phenomenal ideas—psychic powers, turning into a dragon, being soul-bonded with a death knight and so on—but without the budget or RPG foundations to really make them sing. With Divinity: Original Sin though, Larian finally pulled it off, gambling everything on a game that nearly bankrupted them. The multiplayer-first design meant that every system had to be rock-solid, Kickstarter offered both the money and the need to build a reasonable framework, and in those limits, the company's passion and talent finally found the home that it deserved.

Fast-forward, and Divinity: Original Sin 2 is even better , tightening up the storytelling, greatly improving the characters and questing, and still overflowing with ideas and humour, without being quite as goofy as its predecessor, and offering a less convoluted but far stronger plot. In short, I absolutely love Divinity: Original Sin 2. It's one of my favourite RPGs in years, and when I put that in the context of having not liked the original Divine Divinity much at all, that's only to reinforce how glad I am that Larian kept pushing forwards, kept the faith, kept evolving, and finally created a sequel that unquestionably carries the spirit of Ultima while still having its own very different, distinct soul.

On any terms, it's an absolute triumph. But speaking as an old-school RPG fan, how goes its quest to beat it? Is it finally time to stop bringing up the 90s classic in every conversation and move on? I was thirteen when I not simply played it but got blown away by it.

The Stories of Vladimir Nabokov

That huge open world. That freedom. The fact that you could bake bread and eat it. It was both a design and technical milestone in an era where colours were still a novelty. The villain could talk to you. In real speech! You could blow up the world with Armageddon! It s not really Ultima 7 the Divinity series is going up against, but the legend of Ultima 7 the Platonic ideal of the open world RPG that was established back in No game will never supplant my love of Ultima 7 because no matter how much tech or how much brilliance you put it in it, it will never fill my soul with the magic that those chunky VGA sprites and a few speech files did back then.

The same goes for many longtime RPG players, who hold Ultima 7 in high esteem - perhaps even Vincke himself. And no, you'll never experience that same feeling now, if you play Ultima 7 in a world with the likes of Planescape: Torment and Skyrim and Dragon Age. You missed it.

As much as I hate to say it, Divinity: Original Sin 2… deep breath… is a better game than Ultima 7 in pretty much every way, from the depth of its world simulation to its raw mechanics and combat and character building. Certainly, as a standalone adventure.

Despite the map pushing you onwards and upwards, exploring that way only going to lead to your death. The design actually wants you to go into down and poke around there. Whether Divinity wants to convey the feel of an open world or not, this is something that needs improving next game. More clearly name checking the next camp they have to go to. When you ve got as many characters and subquests as a modern narrative game, a notepad doesn t necessarily cut it.

Later, almost at the end of the game, being Mr. Clever about one puzzle solution involving a judgemental statue meant never even speaking to the character who was meant to tell me how to get past a later puzzle. Cue a vast amount of frustration and resorting to Google. Now, Ultima 7 offered no in-game quest log at all. It was the era where you were expected to have a notebook on standby. For all the baking bread talk and world simulation going on, dungeons tended to be about basic stuff like pressure plates and dragging things onto things versus pen-and-paper style adventure modules.

Modern narrative driven RPGs offer far more tools and possibilities than the Avatar and friends had, and that player feedback is important. Where to, exactly? Most of this is of course implementation rather than design philosophy per se, and again, D:OS2 is a massive jump over its predecessor. The same applies to the story. So why does Ultima 7 still feel like it has an edge? A couple of reasons. That sense of life would of course be wonderful to see in Divinity. The big reason is that despite all the games being set in the world of Rivellon and having a few recurring characters, each game time-jumps and focuses on completely different areas each time.


The second is that while their success has arguably been overly glorified over the years, the Ultima games from U4 onwards were overtly About Something in a way that very few RPGs manage to be. Ultima 4 of course was about becoming a hero, Ultima 5 about the misapplication of justice, Ultima 6 about racism and tolerance, Ultima 7 about corruption and the power of religion, and Ultima 8 about a hero forced into a position of doing evil for the sake of the greater good.

Specifically, Ultima 7 features persuasive moral philosophy and shows how it can be perverted to promote selfishness and obedience to a cause, the much denied but blatant fact that the villains are a pastiche of Scientology, and smaller stories involving many important themes of the time such as drugs and the growing violence of the media, as seen by the fact that your first encounter is a bloody sacrificial murder site full of assorted giblets. 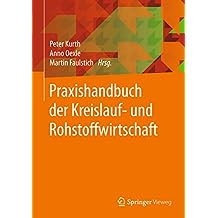 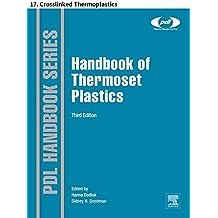 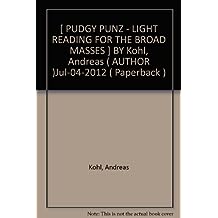