A trawl survey netted the fewest smelts ever recorded—less than 2 percent of the number counted in , when the fish was first declared endangered.


Chinook salmon had plummeted as well. Invoking the powers of the Endangered Species Act, a federal court placed limits on the pumps at Tracy in an attempt to save the fish. The cutbacks may have helped the salmon and smelt, but they've been disastrous for farmers such as Joe Del Bosque, whose spread lies in the hard-hit Westlands Water District, west of Fresno. Del Bosque and other Westlands farmers received notice at the start of the growing season that they would get no water from the Central Valley Project.

As a result, nearly half the district—some quarter million acres—is now growing tumbleweeds and dust devils instead of cantaloupes, canning tomatoes, onions, or any of the 50 other crops usually raised in the district.

Movies on TV for Oct. 'Throne of Blood' and more - Los Angeles Times

Officials in the farm town of Mendota, the "Cantaloupe Center of the World," organized food drives to help the hungry as the jobless rate hit 40 percent. The drama has fomented large protests and rants against the Endangered Species Act. But local economist Jeffrey Michael, who studies Central Valley employment at the University of the Pacific in Stockton, says the smelts aren't a major cause of the misery.

A dependence on seasonal farmwork and the shuttering of several large packing plants has caused Westlands to suffer a high jobless rate for years.

Del Bosque, for his part, says farmers can "roll with the punches. We can roll with weather, decreasing prices, government red tape. But without water—we can't roll with that punch. It's a knockout punch for us. The Peripheral Canal, he believes, would disentangle his water supply from the delta—and from the endangered fish. Others say it could also protect the state from another knockout punch, this time from Mother Nature, that could paralyze its vast plumbing in an instant. The Sacramento-San Joaquin Delta sits just east of the Hayward Fault, one of the most dangerous earthquake zones in the country.

Geologists now say that the area has a two-out-of-three chance of being hit by a major quake in the next 30 years. Many of the islands in the central and western delta are protected by levees with foundations shoveled up by Chinese laborers in the late s. A catastrophic earthquake could liquefy hundreds of miles of levees in a matter of seconds, allowing seawater to flood a huge swath of the delta and shutting off the pipes for months until a patch could be built. Even without an earthquake the levees are increasingly vulnerable because of the continued subsidence and sea level rise.

A run-of-the-mill winter storm in nearly flooded several islands, requiring heroic efforts to save them. In two recent reports, researchers from the Center for Watershed Sciences at the University of California, Davis, and the Public Policy Institute of California documented the extreme vulnerability of the delta, warning that the average island now has a 90 percent chance of flooding in the next 50 years. Some fisheries biologists now believe building the Peripheral Canal could also improve the delta's ecosystem—as long as the fish were guaranteed adequate water.

Some of the lowest islands could be allowed to flood, providing habitat and food for smelt, salmon, and other native species. But the Peripheral Canal is still such a hot topic that it wasn't mentioned explicitly in any of the water legislation passed last fall—even as those bills opened the door for its construction.

The canal's future now lies with the delta's water exporters, who must develop a plan for restoring smelt and salmon habitat before they can legally increase pumping. If their plan is approved, water agencies in the Central Valley and southern California have pledged to foot the bill for construction. To get a firsthand look at the fish that started all the fuss, I dropped by the University of California, Davis, smelt lab, which sits within a few hundred yards of the pumps that are partly responsible for the species' predicament.

There, biologist Joan Lindberg is raising thousands of delta smelts in a captive-breeding program as a possible safety net against extinction. A graduate student pulled an adult smelt from a tank and held it in the palm of his hand—a frisky, wide-eyed, bullet-nosed fish that quickly leaped back into the tank. After the brief tour I thanked Lindberg and got back in the car, but before I could drive away she ran up to my window with a concerned look on her face.

Therein lies a crucial part of the solution, water experts say, one much simpler and closer to home than a massive plumbing patch: learning to live within the water resources of an arid landscape. Fully 70 percent of residential water in southern California is used outside the home for lawns, pools, and other niceties. Reducing that demand by using drought-resistant plants and recycling wastewater offers the fastest and cheapest potential water savings in the state.

To that end, the raft of new laws passed last fall calls for cities to cut water use 20 percent by Water agencies that supply farms must develop water conservation plans and monitor groundwater usage. Even without the bond, southern Californians are focused on increasing efficiency and developing new drought-proof sources. San Diego, which pipes in 90 percent of its water, is considering following Orange County's example and opening its own wastewater-recycling facility.

And the largest desalination project in the country broke ground late last year in Carlsbad, which will daily produce 50 million gallons of potable water from million gallons of seawater. Despite their high cost and energy use, some 19 more plants are on the drawing board in the state. Back in Orange County, the proffered cup of purified sewage is still in Shivaji Deshmukh's hand. The thrum of the big pumps forcing all that wastewater through the micromembranes nearby ripples the surface of the clear liquid. I take a gulp.

It's bold, bright, and refreshing. It tastes like California's future. By Joel K. Bourne, Jr. Thanks for telling us about the problem. Return to Book Page.

Judith Sansweet. A beautifully written collection of tales with legends and locals - fiction hilarious and tragic but always thought-provoking to depict the reality of South Pacific island life: Paradise NOT. Beginning with an historic overview of Polynesia, a former NZ newspaperman brings a completely different point of view.

New Tales of the South Pacific ranges from pristine lagoons to sleazy bars with characters to match, challenging readers' perceptions of the vast region many think of as Paradise. Scroll up For resellers' prices, please contact publisher, ProofreadNZ gmail.

Get A Copy. Paperback , 76 pages. Published June 11th by Proofreadnz Ltd first published May 1st More Details Other Editions 3. Friend Reviews. To see what your friends thought of this book, please sign up. To ask other readers questions about New Tales of the South Pacific , please sign up. Be the first to ask a question about New Tales of the South Pacific. Lists with This Book. This book is not yet featured on Listopia. Community Reviews. Showing Average rating 3. 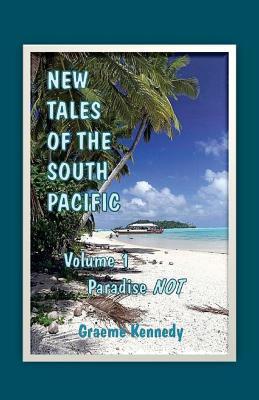 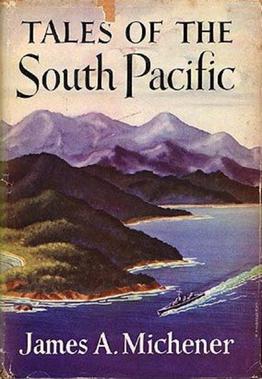 Related New Tales of the South Pacific - No Place for Dreamers