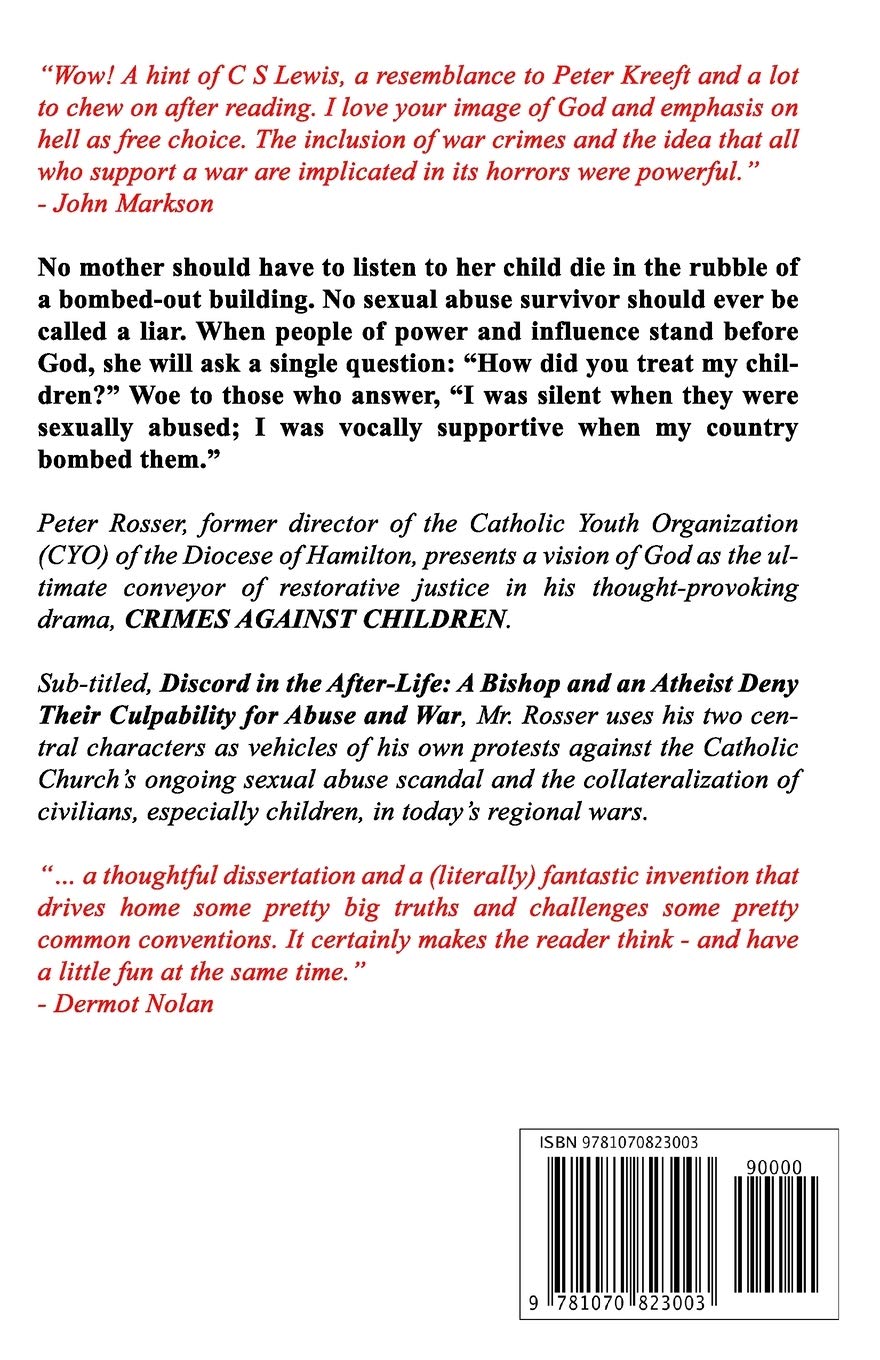 ICE also apparently closes requests arbitrarily every September to clear out the backlog. The FOIA process can be obscure, even to those whose job it is to make these records available to the public. The FOIA office was unable to explain why.

Will the US Stand With Victims of Rape in War? - PassBlue

Those reports, which did not include narrative descriptions of the alleged incidents and are therefore hard to interpret, included allegations made against several federal law enforcement agencies. Of those complaints, which were made in connection to 17, unique incidents of alleged abuse, the office investigated , according to the data it shared then.

After repeated follow-ups, the office also released data for 43 investigations that officials said they had forgotten to include when they released the 1, complaints. The accounts, which were sent to the OIG by fax, telephone, email, and mail, are inconsistent in the amount of detail they offer and the ways in which they are recorded by officials. The Intercept reviewed each narrative it obtained and found that officials were inconsistent in their categorization of the complaints, and that scores of reports were duplicated, sometimes with slight differences between them.

The officials recording the complaints also regularly left out crucial information and failed to note whether an officer was the alleged perpetrator, or witnessed or was made aware of an alleged assault. Often, detainees try all the options available to them, which explains, in part, the duplicate records.

It also reminds detainees that they cannot be retaliated against for reporting sexual abuse, and that filing grievances has no impact on their immigration cases. ICE stipulates that false allegations can result in disciplinary measures but not immigration consequences.

Some 56 percent of the reports reviewed by The Intercept described instances of sexual assault, while , or 25 percent, described sexual harassment without physical contact. When no details were available, The Intercept interpreted the narratives conservatively. In 37 complaints, the victim is a minor, and in about 20, the victim is a member of the LGBTQ community. The OIG did not respond to repeated requests for comment and detailed questions about its categories and review process.

And these are only the cases that get reported. F or years, advocates have warned that immigration detainees are uniquely vulnerable to sexual assault in detention — but official acknowledgement of that reality came late and reluctantly.

Detention facilities are also periodically inspected for compliance with other detention standards, but despite mounting allegations of abuse, the agency routinely gives its facilities passing marks.

Lerner-Kinglake said that what makes the persistence of sexual abuse in immigration detention especially disappointing is that the PREA standards the DHS supposedly follows offer clear solutions to the problem, including safe reporting channels for survivors, access to outside rape crisis services, an independent, trauma-informed investigative process, and a robust auditing system. D etainees who choose to denounce abuses often face an intimidating bureaucracy and pressure to keep quiet. Several complaints reviewed by The Intercept described retaliation against detainees who filed grievances.

Multiple detainees reported being locked in their cells, denied food, or treated with hostility after they filed grievances. ICE policies call for translation services to be provided as needed, but advocates say that hardly ever happens. In one case, a detainee at a Pennsylvania facility attempted to report an abusive strip search. States he feels he needs to speak to someone other than the officers in the facility, as the officers frequently ban [sic] together and will take care of one another and not assist the detainees in need.

Another detainee, who had reported repeated sexual harassment by a fellow detainee at a California facility, called the agency to follow up on his report, only to find that there was no record of his original complaint.

States he believes the situation is not being properly handled. The reports obtained by The Intercept also suggest that individuals who spoke up were ridiculed, accused of lying, or blamed for instigating their abusers. According to the complaint, the officers told the woman that if she pursued her claim, she would extend her stay in detention by one more year, but if she signed some documents, she would be released and the government would process a U visa for her, a visa meant for victims of crime.

The victim signed documents, but was not given any copies. Her attorney subsequently requested copies of her file through public records and medical records requests, but found that the incident had not been documented. Even if the system stinks and is corrupt. Sofia Casini, a detention visitation coordinator with Grassroots Leadership, said she knew of several other women who endured abuse at Hutto, but chose not to report it publicly.

One woman who did file a complaint was abruptly moved to a different center. When Casini found her, she said investigators had accused her of lying. In December, 71 members of Congress signed a letter calling on the departments of Justice and Homeland Security to appoint a special commission to investigate allegations of sexual abuse in immigration detention, and urging the DHS to publicly release data on sexual assault and other abuse that the agency is seeking to destroy. If ICE has its way, thousands of complaints like those obtained by The Intercept will eventually be destroyed, wiping out a record that is a damning indictment of the failures of our immigration detention system.

Some, dismissed by the agency charged with investigating itself, may contain evidence of human rights abuses carried out by and under the eyes of government officials. Having met Dr. Wilbur, listened to her presentations on multiple personality now known as dissociative identity disorder , and read the many critiques and reviews of Sybil, I have concluded that Sybil was not iatrogenically created by Dr. I spoke with several of our scientific advisory board members and I have some information for you that isn't really in writing at this point but I think it's a direction you want us to go in.

So if I can read some of these notes. TAT: Please do. Freyd: One would look for false memory syndrome: 1. If a patient reports having been sexually abused by a parent, relative or someone in very early childhood, but then claims that she or he had complete amnesia about it for a decade or more; 2. If the patient attributes his or her current reason for being in therapy to delayed-memories. And this is where one would want to look for evidence suggesting that the abuse did not occur as demonstrated by a list of things, including firm, confident denials by the alleged perpetrators; 3.

If there is denial by the entire family; 4. In the absence of evidence of familial disturbances or psychiatric illnesses. For example, if there's no evidence that the perpetrator had alcohol dependency or bipolar disorder or tendencies to pedophilia; 5. If some of the accusations are preposterous or impossible or they contain impossible or implausible elements such as a person being made pregnant prior to menarche, being forced to engage in sex with animals, or participating in the ritual killing of animals, and; 6.

In the absence of evidence of distress surrounding the putative abuse. That is, despite alleged abuse going from age two to 27 or from three to 16, the child displayed normal social and academic functioning and that there was no evidence of any kind of psychopathology. Are these the kind of things you were asking for? TAT: Yeah, it's a little bit more specific. I take issue with several, but at least it gives us more of a sense of what you all mean when you say "false memory syndrome. Well, you know I think that things are moving in that direction since that seems to be what people are requesting.

Nobody's denying that people are abused and there's no one denying that someone who was abused a decade ago or two decades ago probably would not have talked about it to anybody.

I think I mentioned to you that somebody who works in this office had that very experience of having been abused when she was a young teenager-not extremely abused, but made very uncomfortable by an uncle who was older-and she dealt with it for about three days at the time and then it got pushed to the back of her mind and she completely forgot about it until she was in therapy.

TAT: There you go. That's how dissociation works! Freyd: That's how it worked. And after this came up and she had discussed and dealt with it in therapy, she could again put it to one side and go on with her life. Certainly confronting her uncle and doing all these other things was not a part of what she had to do.

Interestingly, though, at the same time, she has a daughter who went into therapy and came up with memories of having been abused by her parents. This daughter ran away and is cutoff from the family-hasn't spoken to anyone for three years. And there has never been any meeting between the therapist and the whole family to try to find out what was involved.

TAT: If we take the first example -- that of her own abuse -- and follow the criteria you gave, we would have a very strong disbelief in the truth of what she told. What's interesting to me is how the concept of "dissociation" is side-stepped in favor of "repression.

That has been documented in a variety of trauma survivors. Army psychiatrists in the Second World War, for instance, documented that following battles, many soldiers had amnesia for the battles. Often, the memories wouldn't break through until much later when they were in psychotherapy. Freyd: But I think I mentioned Dr. Loren Pankratz. He is a psychologist who was studying veterans for post-traumatic stress in a Veterans Administration Hospital in Portland.

They found some people who were admitted to Veteran's hospitals for postrraumatic stress in Vietnam who didn't serve in Vietnam. They found at least one patient who was being treated who wasn't even a veteran. Without external validation, we just can't know -- TAT: -- Well, we have external validation in some of our cases.

Freyd: In this field you're going to find people who have all levels of belief, understanding, experience with the area of repression. As I said before it's not an area in which there's any kind of uniform agreement in the field. The full notion of repression has a meaning within a psychoanalytic framework and it's got a meaning to people in everyday use and everyday language. What there is evidence for is that any kind of memory is reconstructed and reinterpreted. It has not been shown to be anything else.

Memories are reconstructed and reinterpreted from fragments. 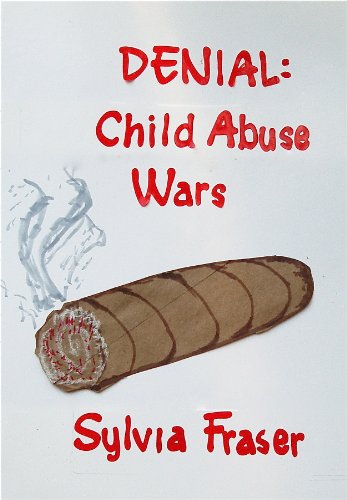